The CLIC Conceptual Design Report (CDR) summarizes the concept of a Linear Collider based on the CLIC technology, its physics case and the expected performance and design of the physics detectors. 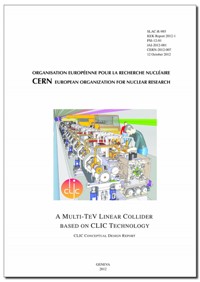 Volume 1 "A multi TeV Linear Collider based on CLIC Technology" provides detailed descriptions of the accelerator layout, its components and the expected performance of the CLIC machine. In particular, it describes technical solutions to the key feasibility issues, thus proving the validity of the CLIC concept. Prototypes of many of the technical subsystems have been successfully tested at the CLIC test facility at CERN and at other facilities around the world. Power, schedules and civil engineering issues are also covered. 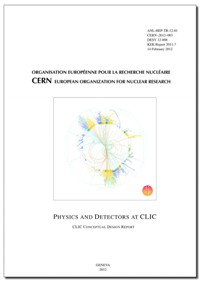 Volume 2 "Physics and Detectors at CLIC" gives an overview of the extensive CLIC physics potential. The physics aims together with the challenging beam-induced background conditions are driving the two detector designs CLIC_ILD and CLIC_SiD. These detector concepts are based on the ILD and SiD concepts, initially designed for the International Linear Collider. Detailed detector benchmark studies, using key physics processes as examples, demonstrate that physics measurements can be performed to high precision, despite the beam-induced background. 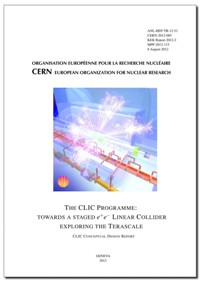 Volume 3 "The CLIC Programme: towards a staged e+e- Linear Collider exploring the Terascale"  focuses on a staged CLIC implementation and also recalls some of the main points described in the more detailed technical volumes. The document discusses key implementation issues as costs, power, luminosity scenarios, schedules and a physics programme implemented in stages. It also includes the proposed objectives and work plan of the post CDR phase  from 2012 to 2016.